It has been 12 weeks since Mom died and I’ve written about it here as the mood has suited me and I’m grateful that those missives have been tolerated by you guys.

I’m in a good space right now and I’d likely chalk it up to the impending Thanksgiving rush but I’m not so sure because I’m not really overwhelmed by The Holiday. Then comes Christmas and the new year.

While the coming celebrations will have challenging moments for us as tribe, they will also be experienced in completely new territory for me anyhow in terms of emotional and psychic (mental) space.

Holidays and celebrations for me were not easy.

When you live your entire life with a troubled someone who occupies an equally troubled space in your heart and your mind, that space becomes a third “person” so to speak. It becomes a shadow, an entity, a space — something you end up welcoming (not really) to the “table” because there is no way to avoid it other than via a total divorce. No one was willing to do that in our family; I can speak for myself that I clung feverishly to a hope that Mom would repair.

I state all of this with as much detachment as possible. I am void of judgment or of complaint. I am bothering to share this because of the simple fact that I know a few people whose parents have deceased this year, some after my own mother, and I want them to know this: it’s OK to feel a release or allow yourself relief that you don’t have to worry about them anymore. If you are grieving the loss of a person whose slow and protracted illness and caregiving occupied your mind and or body, or like me the sudden and earth-rocking loss of someone whose death was completely unforseen at least in the near term but in either case whose existence was tied to attendance in your life, it’s OK to be OK with the release of the worry.  Really, it’s OK. This is part of the process. We can exhale now. Be OK.

As I said, holidays and celebrations were not easy. That third “space” or “person” was fear or guilt or shame or sadness and hope over my mother’s state and her condition. For all my life, at least as much as I can recall, I was always concerned about my mother. Shouldn’t it have been the other way around? Shouldn’t it? Since when is it a child’s duty to be occasionally charged or routinely in a passive state of being “on patrol” over its parent? She never asked help of me, though, it was just implicit. Frequently though she would say that I was a help to her, and if you’re a kid, you know that when you hear you’re being a helper you keep it up.

Living like that does shit to you. (Oops, I said I was void of complaint — but I really am, this is mostly reporting.)

Things were constantly such that worrying about her sobriety, safety, condition, whereabouts, status and then in the later years adding on her care, upkeep, attendant anxieties, predilections, tendencies and any other mechanism that revealed itself was a standard way of life. Even when we weren’t together, she was on my mind. I’ve stated this dozens of times. I have no regrets about caring about her although it did tax our relationship considerably. Last Easter was the first holiday I hosted at my home where I did not include my parents in any of the events. It was an emotionally difficult decision to make, but my father’s withholding of contact with me made it feasible and to me appropriate and healthy.

I would by lying if I didn’t wonder what they did for Easter. I had to hold my space; I had to grow up a bit.

So this year, it will be odd. We will be one space short at the table and two spaces lighter in my mind. The mental space has already started to happen, a fog is lifting. It’s like watching a ghost pack up its stuff: vigilance, fear, anxiety, woe, regret, anger and who knows what else that it has strewn about your psyche and heart, and put it into boxes to be taken away and to never return. I have observed the lightening of this space in an increased interest in my own family and domestic affairs — I kid you not! — I have had “attachment and brain fatigue” discussions and exercises over items in my home and I’ve unearthed several hundreds of pounds of items for charity. I’ve been able to attend to my family in ways I did before but with the presence of gratitude and love rather than a sense of obligation and “chore” that I’d had before. I was given my family that I created instead of the one I came from.

My mental clarity can best be described as like a “system defrag” back in the days of MS-Windows hard drive management. It’s like I couldn’t actually release the concern I had over my mother until she was actually and finally at true and undeniable somatic peace. 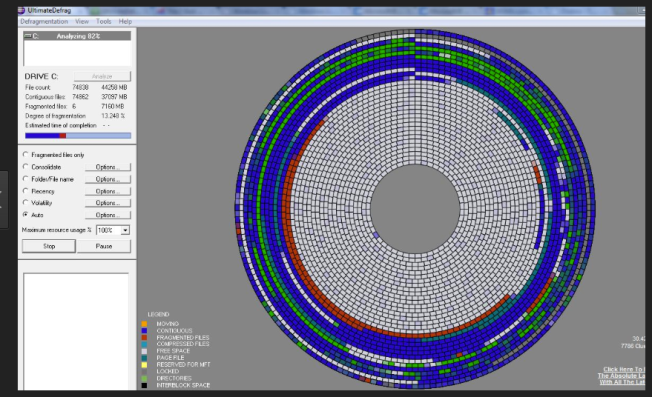 It didn’t come easily for either of us though — it took her death, and because I’m a truth seeker I suppose there is a lesson in it that is deeper than the obvious: nothing is in my control and I should occupy myself with the things that I can change (Serenity Prayer, anyone?). I accept the high-level lesson for now. Maybe that’s all there is to know.

A few people have inquired about my father: he is OK, managing and keeping busy. He’s a “bootstrapper” and has generally never had a hard time regarding himself. We went to a Mass of Remembrance last week and we tend to get together about every week. I will say no more; the rest belongs to him. He is making the stuffing for Thursday. That is some good stuffing.

Aha — I do know this: there is nothing I have to do at all about any of it. My ego can let go, or I can punt it, and its illusion that I had any semblance of influence over any of the affairs of my mother’s. It’s a tough thing to do: admit your impotence over the most important, first influence in your life.

Thanksgiving is basically here. Today my husband and I will bring up our spare table and chairs. After we drop off Thing 1’s forgotten gym uniform at school, we will go get the plastic flutes for the kids’ sparkling grape juice. I will find the extra salt & pepper sets and get them out. I will enlist my youngest son to make the place cards when he comes home. I will let him command the kid’s table and I will breathe a sigh of relief as I release my anxiety, my “third person” and be OK with it. I am ironically sad to see her go…

Mom, I’m sorry you had to go to teach me to finally let you live the way you chose. To finally get me to back off.

Happy thanksgiving to all of you; if you are wondering if you have any control over anything besides your own personal choices, take great peace and liberty in knowing the answer is: Absolutely Not.