Welcome to Day 17 of my blog series based on Judith Hansen-Lasater’s “A Year of Living Your Yoga.” We went off track there a bit, but we’re back now. I’ve lost a little time because of some major distractions going on here behind the curtain but I’m ready to rally.

I will try to keep these posts to less than 500 words. (These words don’t count — ha ha, nor does the quote.)

Here is the quote:

February 10 — Ninety-five percent of the mind is unconscious. Remember that what you think is not all that you know. Consciously exhale and invite yourself to be comfortable with not knowing enough. No one does: not about ourselves, not about teaching yoga, not about the world.

She read my mind! At least the unconscious part of it.

So that’s all well and good for me, and you when you are reminded, but what about other people?

Do we extend that to other people? Do we allow them to NOT know everything when we are downcast and disappointed by what they have to say?

When I first saw this quote I was excited because I wanted to share a time when I discovered the total freedom that was ushered with the gift of not having to know everything. As a child of white-collar dysfunction, I grew up feeling responsible for everything from a rainy day to a missing sock. The adults in my life didn’t always want to shore up their lines of responsibility and instead abdicated a lot on to me (as I will only speak for myself here).

Here’s a sidebar for you parents out there: If you do this, if you tell your kid that s/he is the best at everything and that s/he is the smartest, most amazing little critter to ever breathe, YOU ARE EFFING THEM UP FOR A LONG TIME. Allow them to jack-up life and screw up because if you don’t, when they fail, it’s going to be a MONUMENTAL emotional disaster for them. Their disappointment in themselves for being unable to perform at your pre-designated “perfection” will be epic. E-P-I-C. (To any tiger moms: cut the shit, the inverse of this is equally damaging.)

Just get your shit together, stop telling them they are perfect because they aren’t. You know why? Because they came from you and you’re not perfect. For reals, yo. Nyaah.

I realize now in my sage adulthood that my mom’s endless and baseless accolades were a combination of her feelings of inadequacy along with her laziness / cunning which falsely inflated my sense of ability to yield these feelings of responsibility and knowledge. In short: she got me to do a lot of stuff for her because she didn’t want to or was afraid to do it. Also, her sense of ego was so whatever that I had to be perfect because I was her kid… (layers, peeps…)

So many years later came along the freedom that I didn’t have to know anything, ever, about anything and that not only was that prospect not frightening but it was totally empowering. 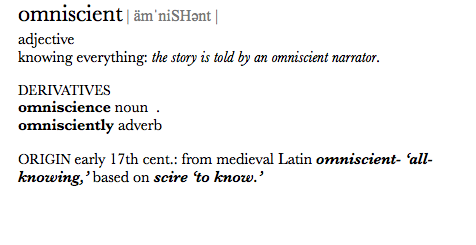 do you know everything?
WHY????

Some people like to foist that on to other people because it enables them to stay “stupid” or “strange” or “foreign” to a situation. It also allows people to blame others for when something goes wrong — like the captain of the Titanic. That job was a drag.

Knowing everything ain’t all it’s cracked up to be.

I’ve also known people who will readily tell you they don’t have a clue (me!) but then will get nasty about you not having a clue or you also being flawed (not me … sometimes… I’m getting better about it). That’s not cool.

In yoga, chances are I don’t know the answer to a question a student asks. To that utterance, I have two replies: “If it hurts, stop it.” and “I don’t know, but in my experience it’s been this; but I will get back to you on that and thank you for asking.” (YOU ASSHOLE … just kidding … wanted to make sure you’re still with me.)

I sure as heck don’t know the sanskrit for all the poses. I know this though, there’s more than 900 yoga poses. I don’t know them all. I’m good with that.